These pictures are of at-the-time fifteen-year-old Janie, whose story made the national press in the UK.

Like many others who joined this revolutionary programme, Janie’s results were achieved purely by addressing the unwanted feelings, unintegrated emotions and unconscious fears she was harbouring at a subconscious level.

Working with individuals experiencing weight “issues” several years ago lead to the discovery of the reason why the typical and best-intentioned weight loss solutions proved unsatisfactory and disappointing for so many people.

This fundamentally changed the way I worked in this area, giving rise to a philosophy that today, some seventeen tears on, is seeping its way in to popular culture, even though there’s a long way to go.

Here’s an explanation of part of the philosophy behind this successful approach to weight change, first articulated back in 2004.

“The most difficult concept for people with a weight “issue” is the possibility that the cause could lie buried amongst unresolved psychological, emotional and stressful conflicts. As such, it is often the last route to be explored, if at all.

In years to come I predict that emotional distress will rise to prominence in and amongst the many reasons given for weight issues, and hopefully more light will be shone on such things as what drives the behaviours, embeds the beliefs, and causes the negative emotions that appear to be at the heart of the issue.

An under- or over-weight person who successfully resolves any dormant, unconscious emotional stressors automatically feels better about themselves, resulting in improvements in the way they think and act. Eating and activity habits change, resulting in an automatic and seemingly effortless progression towards a more balanced state of living.

The resolution of these unconscious emotional (energetic) blockages affects the body’s hormonal secretions and metabolism, creating a ‘re-setting’ of one or more of the body’s programmes.

No extreme or demanding exercise regime is necessary because being physically active becomes enjoyable and desirable. There is also a disappearance and dissolution of any anxiety that the weight condition might return.

The term “emotional eating” will, I predict, rise to prominence in the coming years, a term which reveals more than first meets the eye.” Richard Moat, 2004

Peer endorsement… I am writing to you with regards to Richard Moat. Richard shared his expertise with my company – an integrated “evidence based” weight loss clinic based in central London, England.

Weight loss protocols where designed from the fields of exercise, nutrition and health sciences but also from the fields of psycho-neuro-immunology and Nutrigenomics. Each programme was completely personalized to each individual.

Sometimes we came across difficult cases in which we believed that Richard could help us get the results we wanted. His expertise almost always gave us the psychological breakthrough that enabled us to attain better results. As a scientist I initially found Richard’s approach challenging, it does seem however more and more validated when reading research into psycho-neuro-immunology and mind-body medicine, and of course the consistent results he obtained at the clinic.

I would fully recommend the pioneering work that Richard does; he has an excellent rounded approach to issues such as obesity and general weight management, recognizing that there are multiple areas that need to be addressed. Mr Pete Williams M.Med.Sci CSCS AFMedCP 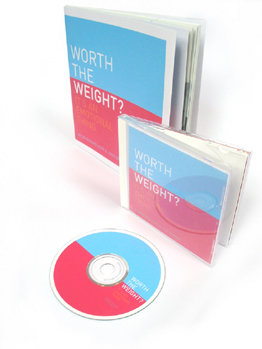 Two of the most outstanding reports from weight change clients…

“Richard… for me it was an amazing experience. I have been noticing much better health already as well as less anxiety. My sleep is deeper and my waking is lighter. Already my health has started improving considerably. It is weird because men are looking at me differently too and I certainly feel less scared of them. I wanted to share my gratitude and news following our session – so much as a result of just three hours; I look forward to our next one.” Candice

“When I first met Richard I was a complete mess. I was neurotic and living on my nerves. I was also anorexic. My whole life revolved around what I looked like and what I ate.

I met with Richard four times and had many telephone coaching conversations with him that led me on a journey of discovery.

I learnt that everything happens for a reason and there is a reason behind every illness you have. I believed in Richard from day one and took on board everything he taught me. It’s hard to describe in words exactly what Richard did – but it was weird and exciting and amazing and empowering all rolled into one.

I started from a very low point and gradually worked my way up and up and up. I’d be lying if I said it was easy and there were times when I cried and cried but I never gave up.

I am now no longer anorexic and I am so much more calmer and relaxed. I am in a good place right now where I am excited to be alive and fulfill my dreams. Day by day more of my goals and dreams come true. I am enjoying doing exercise and I eat healthily. I no longer smoke, drink or have caffeine and I have lots of energy. I have detoxified my mind and also my body. I am truly at peace and genuinely happy.

I am loaded with tools to help me keep feeling this way. Whatever life throws at me I have the knowledge to deal with it positively. I also know that when it is right for things to happen they will happen.

Richard Moat has changed my world. He is very special and unique. Meeting him was the best thing I have ever done and working with him has given me my life back. I don’t know how you ever really thank someone for that. Julie